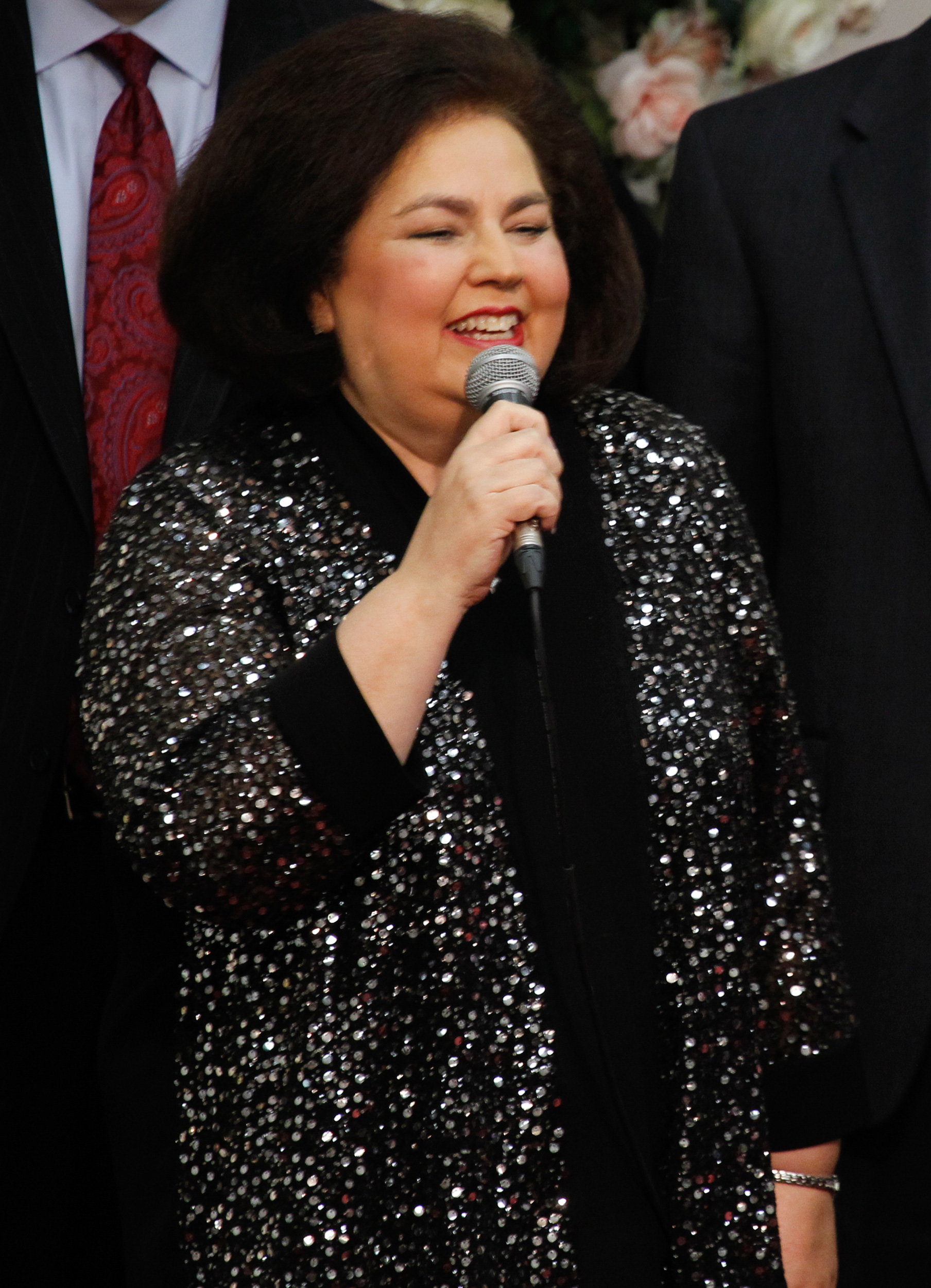 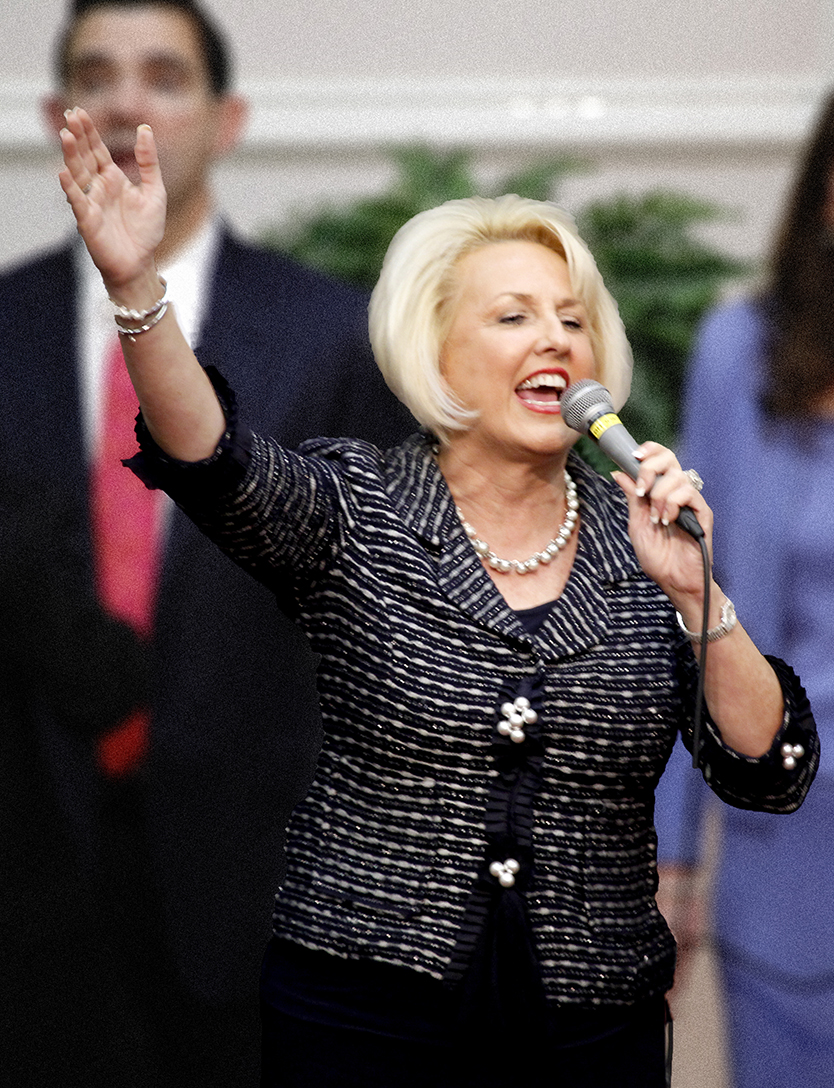 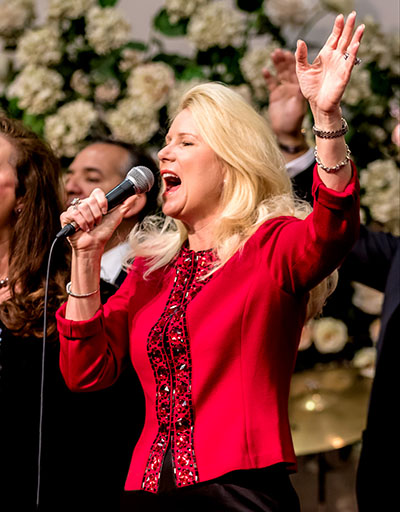 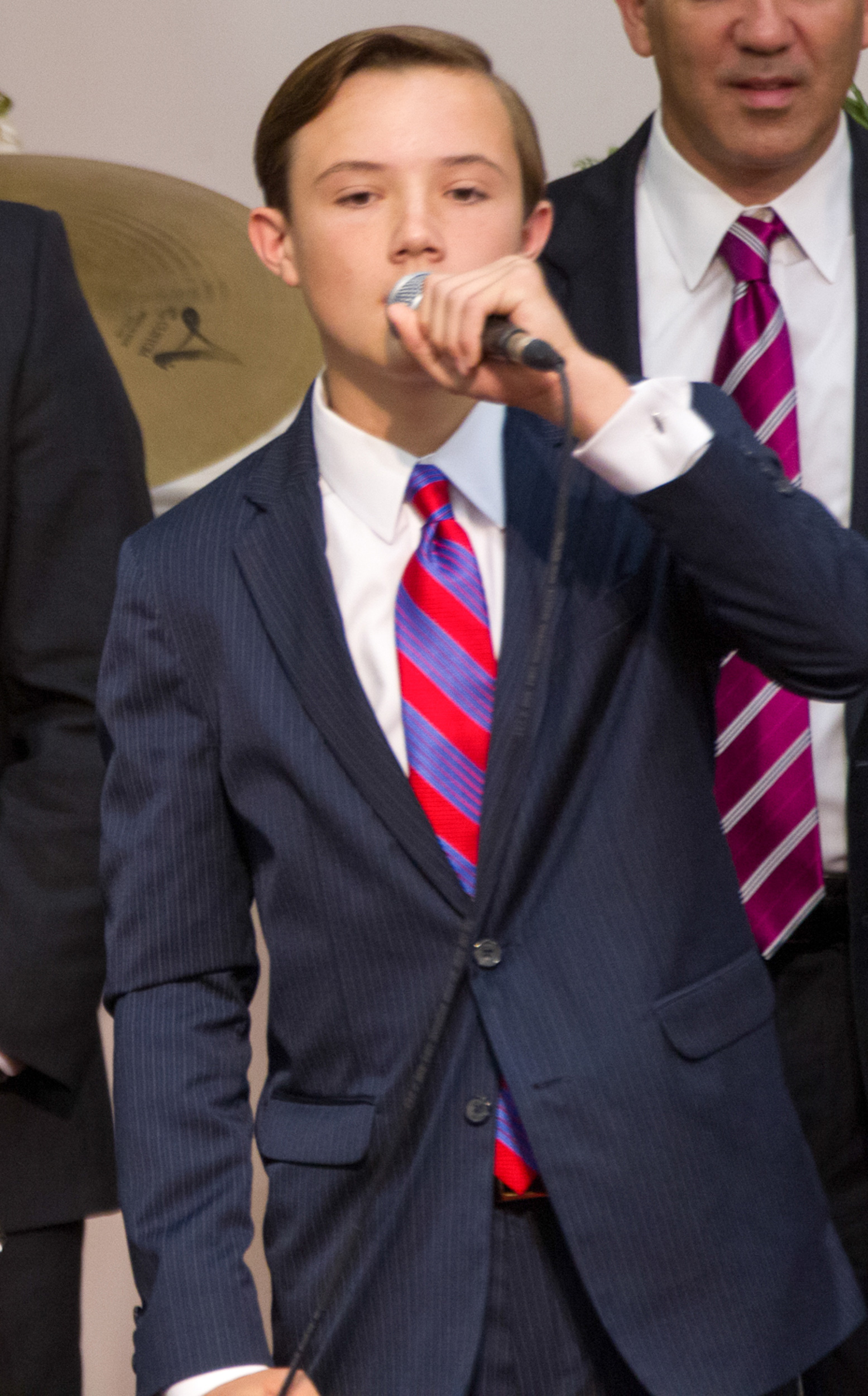 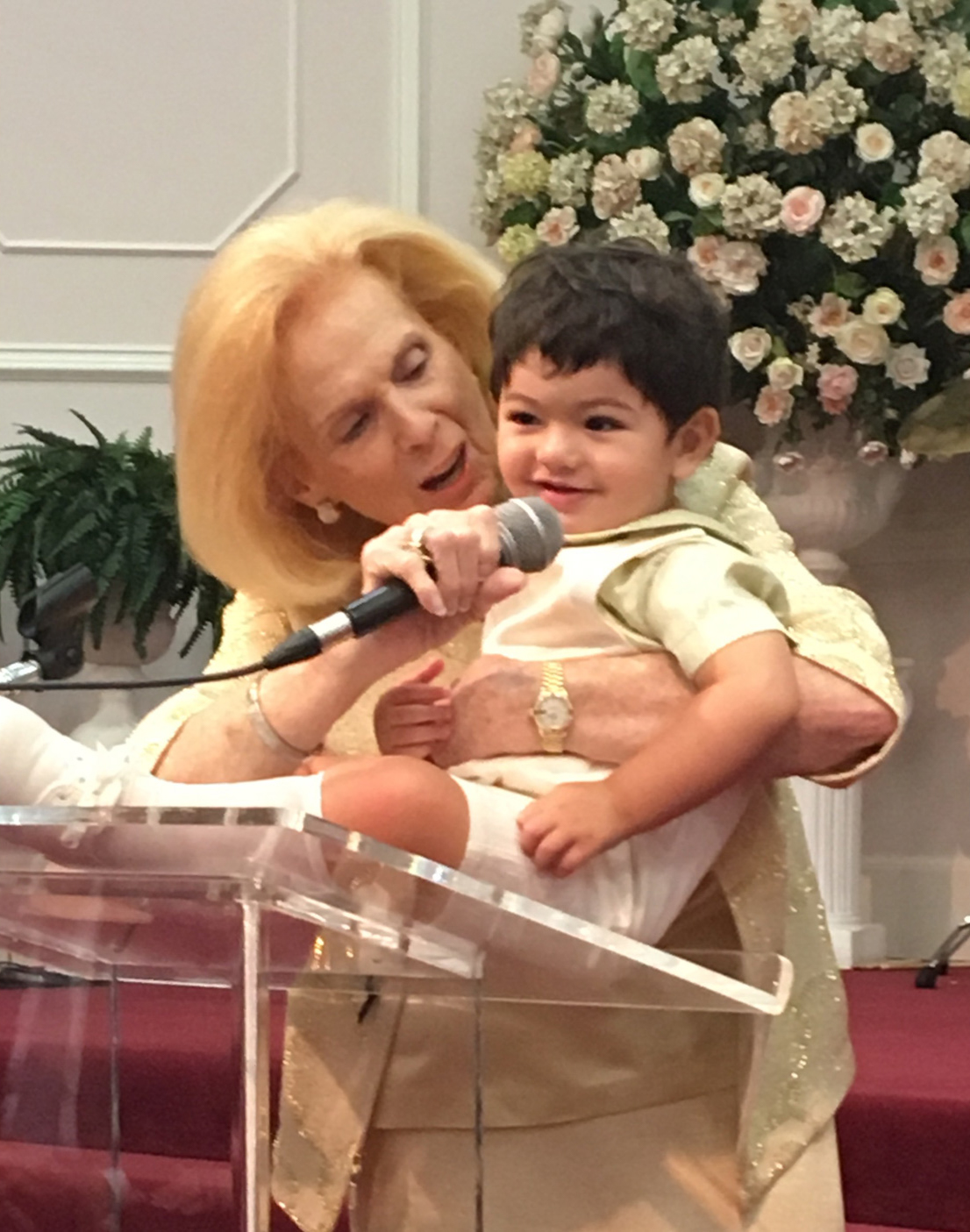 In 1986, one year after we moved back to North Carolina, I was driving down the road when strong weepings and travail began to flow out of me. I began to say to God through the sobbings, “What is it, Father, You are trying to say to me?” He said, “In the days ahead, the greatest deception that will come to deceive My people will be through music. They are already taking the music of the world and putting My name on it. They are taking so-called Christian lyrics and putting the music of the world with them. They are merchandising their music and becoming idols to their followers. The deception is getting so great, it is stealing the hearts of My people from following Me. They are bringing their idols of false worship into My sanctuary.”

Ezekiel 36:23
And I will vindicate the holiness of My great name and separate it for its holy purpose from all that defiles it—My name, which has been profaned among the nations, which you have profaned among them—and the nations will know, understand, and realize that I am the Lord [the Sovereign Ruler, Who calls forth loyalty and obedient service], when I shall be set apart by you and My holiness vindicated in you before their eyes and yours.

Ezekiel 44:12
Because [the priests] ministered to [the people] before their idols and became a stumbling block of iniquity and guilt to the house of Israel, therefore I have lifted up My hand and have sworn against them, says the Lord God, that they shall bear the punishment for their iniquity and guilt.

I shared with the church what God had spoken to me. We began to pray, repent, and cry out to God to know truth. We prayed for the musicians who had brought the profane into the sanctuary of God. Ray Nenow was one who God brought to the Word of Faith Fellowship AS ANSWERED PRAYER. He loved the truth he was taught when he came here. Before coming, he had multiple record companies, and he was one who had been instrumental in bringing the heavy metal rock into the church. He produced so-called “Christian” concerts. After learning the truth and getting some deliverance, he brought many of his musician friends to get help. Many received, but some because of their own idols turned and walked away. Today their lives are being destroyed. There were two men Ray brought who received and wanted to serve Jesus: Joe English, former drummer and background vocalist for Paul McCartney and Wings, and Andy Kidd, a former record producer and also a former owner of Lowden Guitar Company. They are all true ministers today, sharing the love and miracle-working, delivering power of God everywhere they go. Their lives have totally changed.

As we were teaching the church the difference between the holy and the profane, blinders began to come off of everyone’s spiritual eyes. As I let God deal with my own heart and humbled myself, He began to use me to teach others how to flow up out of their spirit by the Holy Spirit to sing and worship. The main thing He taught me was to let His voice be heard through singing. So many people give their mind and their body to the music or to the beat. They cut off the voice of God. It is through the entrance of God’s Word into His people that hearts are truly changed. When we sing, we are either praising God, preaching, teaching, prophesying His Word, or praying—prayers of dedication, consecration, surrender, spiritual warfare songs, crying out to God to change our lives. After crying out, seeking Jesus to know true praise and worship, and repenting for giving to the false, much deliverance came to us. All we want now is to be a holy vessel for Jesus to flow through.

Everyone at the Word of Faith Fellowship is taught that he or she can sing a spiritual song, even the little children. Our little children can sing by themselves before they are two. They stand before the congregation and sing with their whole heart and they love to do it. Our older children and youth love to praise God with all their heart, too. We teach all of our people at the Word of Faith Fellowship to give their whole heart in worshiping God. They love to sing with all their heart, praising God. Matthew 21:16, And they said to Him, Do You hear what these are saying? And Jesus replied to them, Yes; have you never read, Out of the mouths of babes and unweaned infants You have made (provided) perfect praise? [Psalm 8:2] 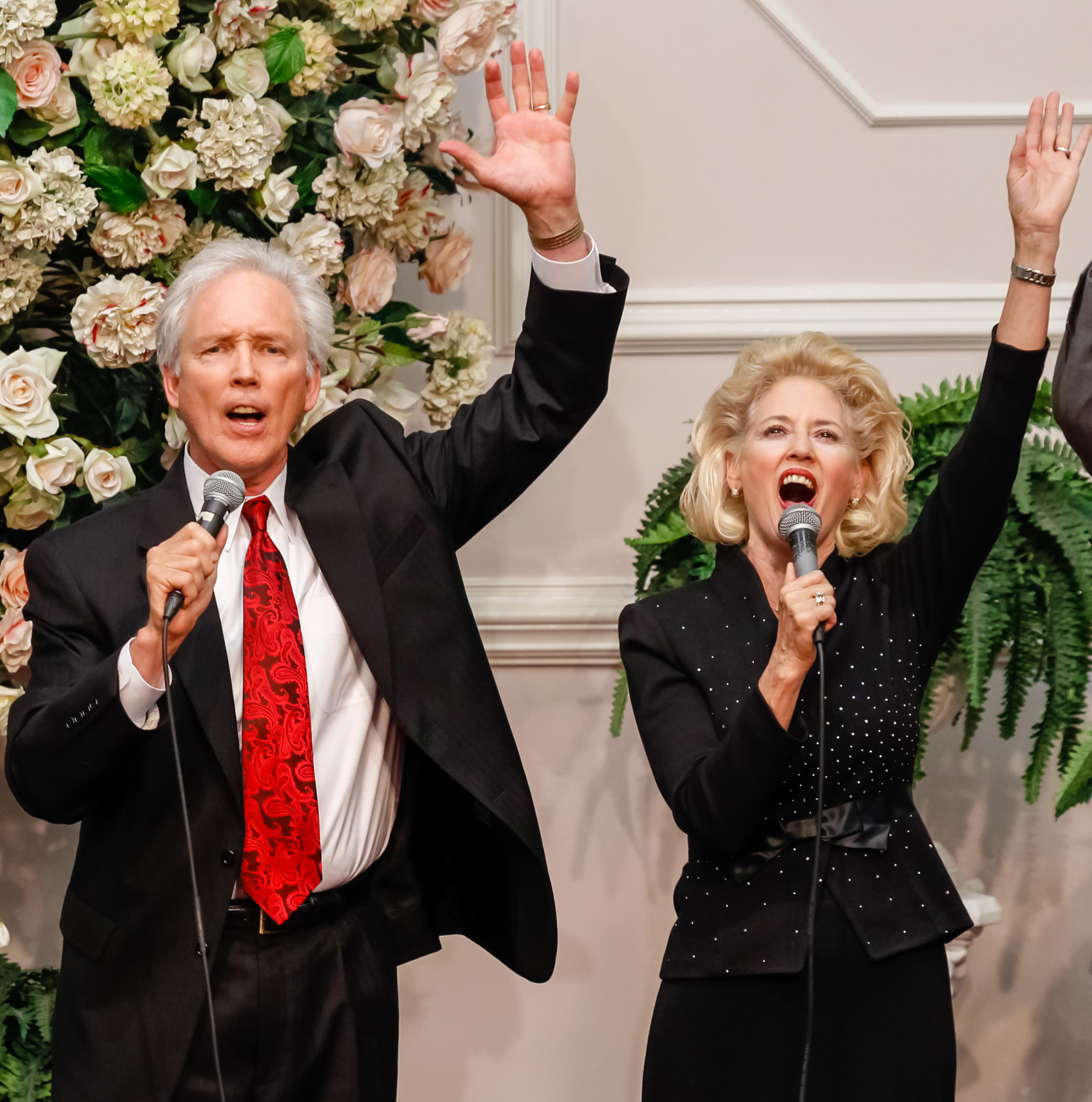 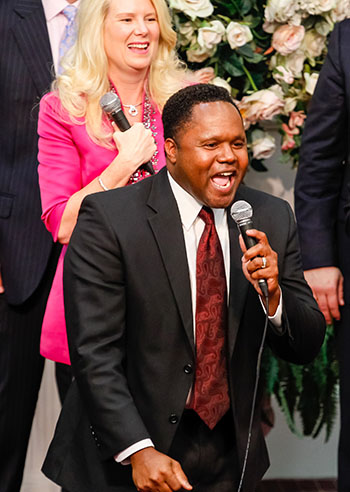 When I was young I listened to a lie from the devil. He told me I could not sing; therefore I was so bound up when it came to praise and worship. I got deliverance and God began to put new songs in my heart. I found out through the years that the devil had said the same thing to others, but God has given everyone the ability to praise Him in song. It is by His Spirit flowing through us. All He needs is a willing vessel yielded to Him. At the Word of Faith Fellowship, God has given us over 150 songs. Every song God gave us was relevant for the hour—at that moment—for the purpose of the church. We do not have “so-called” songwriters. We believe anyone who is a yielded vessel, God can give them a song. We have seen this to be true. Isaiah 42:10, Sing to the Lord a new song, and His praise from the end of the earth! You who go down to the sea, and all that is in it, the islands and coastal regions and the inhabitants of them [sing a song such as has never been heard in the heathen world]!

Prophetic songs have led us and encouraged us during the persecution. God gave us a prophetic song for every attack we went through. We knew that God’s voice which came to us through these songs would come to pass. Daily we were strengthened by each word. As the days came and went, we saw every word fulfilled by the power of God. For example, one child along with his brother went through major tests and trials. God spoke to him by giving him a spiritual song. His faith grew in God as he watched God bring the words of the song to pass. He knew he did not have to fear.

When people’s hearts are submitted to God, the church comes alive with singing songs of praise, hymns, psalms, prophetic songs, songs of prayer, dedication and consecration to God, songs of deliverance, and battle songs. Ephesians 5:19, Speak out to one another in psalms and hymns and spiritual songs, offering praise with voices [and instruments] and making melody with all your heart to the Lord.

God also taught us it was profane if we could not play musical instruments by the Spirit of God. So He has been teaching us to be holy vessels for Him to flow through. We labor to be taught by God the difference between the holy and the profane. For years, we had to remove the instruments from the church, except the piano, because the hearts of the musicians were not pure. Now they are coming into the things of God one-by-one, submitted to Jesus, endeavoring to live a lifestyle of holiness daily. Our children are coming into a place in God desiring to play the piano and other instruments. They have a hunger to be taught how to worship God in spirit and in truth. Our children are taught the difference between godly music and worldly music. They know that worldly music comes from the devil and that godly music comes from God.

“WHERE ARE THE MINISTERS WHO ARE TEACHING MY PEOPLE THE DIFFERENCE BETWEEN THE HOLY AND THE PROFANE?”

Ezekiel 44:23
The priests shall teach My people the difference between the holy and the common or profane, and cause them to distinguish between the unclean and the clean.

Ezekiel 22:26
Her priests have done violence to My law and have profaned My holy things. They have made no distinction between the sacred and the secular, neither have they taught people the difference between the unclean and the clean and have hid their eyes from My Sabbaths, and I am profaned among them.

error: COPY PROHIBITED - All contents of this website are copyright protected